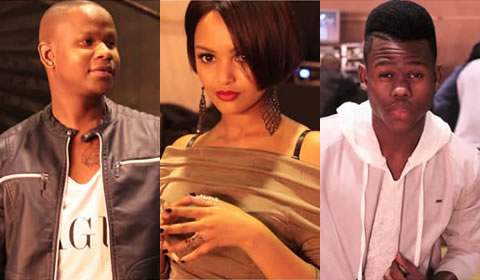 After a massive 11 MILLION votes cast during this week’s voting, we finally have our Idols SA 2017 Top 3 contestants.

After all our top 4 contestants had sang their duets with the former contestants, it was time to reveal the voting results of this week.

Phindile Dube was so unfortunate to have received the least number of votes, meaning she has been eliminated from the competition.

And that being said, Mthokozisi, Paxton and Botlhale are our Idols SA 2017 Top 3 contestants.

And later on towards the end of today’s live show, our top 3 have performed one song each after which they’ve all got plane tickets to London this week.

In fact all the Idols SA 2017 Top 3 contestants have packed and are ready for London and will obviously be travelling in style thanks to Truworths.

Remember, there are three ways to vote – Web, mobi and SMS.