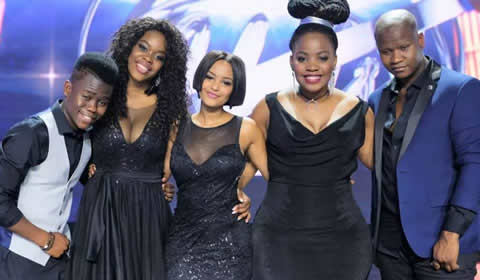 Well for this weeks’ performances, contestants will be performing one song from the year of their birth in addition to another song from the current year (2017).

You can only expect wonderful performances as Paxton, Mthokozisi, Phindy, Botlhale and Faith‘s odds of walking away with a grand prize of R1.5 million and obviously becoming Mzansi’s newest millionaire is currently a possibility.

Below are contestant’s song choices for this Sunday;

Songs From The Year Each Contestant Was Born;

Paxton – ‘I Turn To You’ Christina Aguilera

Botlhale – ‘One Of Us’ by Joan Osborne

Faith – ‘Not Yet Uhuru’ by  Letta Mbulu

READ: Unathi Msenga’s album “Nguwe” sells out in less than a week

Mthokozisi – ‘What Do You Mean?’ by Justin Bieber

Paxton – ‘In Common’ by Alicia Keys

Botlhale – ‘One Call Away’ – Charlie Puth

And now that you know which songs will be performed by each of the contestants, whose performance are you anxiously waiting to watch, please share with us by simply leaving a comment in one of our comment boxes below.