Somizi and ProVerb Win Big At ‘You Spectacular Awards 2017’

Well the winners were announced this week on Monday in an online article and we are so glad to inform you that our very own Somizi proceeded to effect the cleanest sweep by snatching up all the three awards he was nominated for at the showcase.

But that is not all because our fabulous presenter ProVerb also snatched up one award. The talented MC won the biggest accolade of the night, and that is ‘Favourite TV Presenter’ award.

Somizi took to Instagram where he shared the good news with his fans by posting a picture of him seated with all this three of awards which he captioned with the following text: “Yey. Nix5tence. Bahemise shem. Bhoboza a small mbobo shemmm. But oskaba4giver. #favouriteradiopersonality #moststylishmaleceleb #socialmediastar #youspec2017 THANK U. GIVE PPL WHAT THEY WANT. THEY WANT ME TO STAY WINNING? Give it to them. Bafe”, he wrote.

ProVerb also had nothing but appreciation and also posted a picture to his Instagram with his latest accolade captioning it with the following text: “Extremely proud, deeply humbled and eternally grateful for this award. Thank you for all your love, support and vote of confidence. #YouSpec2017 #FavouriteTVPresenter”, he stated. 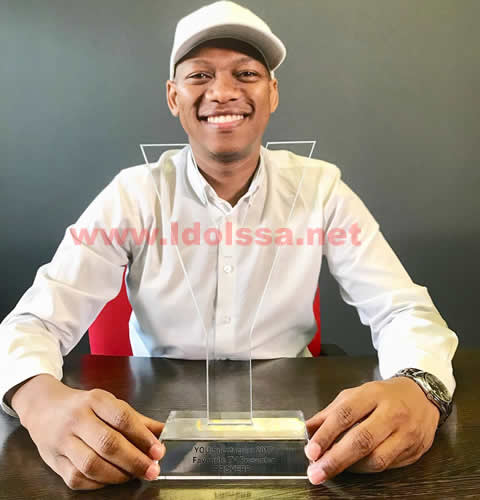 The Idols SA family is really proud of the both of you.

Please post your well wishes for our presenter ProVerb and judge Somizi in any of our comment boxes below.