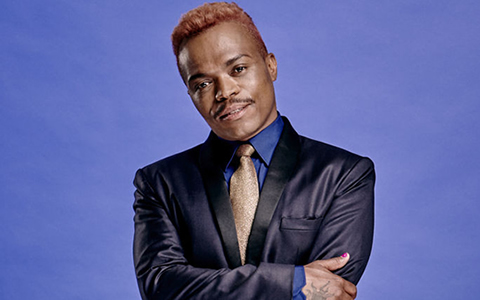 It was always obvious that Somizi Mhlongo – “Somgaga”, as he is affectionately known to million across South Africa, would plant his heart and his roots firmly in entertainment.

After all, he is born of late comedian Ndaba Mhlongo and veteran actress Mary Twala. You can’t go wrong with that kind of blood coursing through your veins.

As a young actor, Somizi took on memorable roles in movies and musicals including the critically acclaimed Sarafina. His talents have transcended the big screen, with a stint on London’s West End having pride of place in his colourful resume.

These days, being the vanguard of South African entertainment on reality television, in musical theatre and choreography, is keeping this maverick extra busy.

And what message does he have for this season’s crop of talent as he goes 3 for 13?

“From now on a good voice alone isn’t enough. I’m going to want contestants who have showmanship!” he says. Forewarned is forearmed.