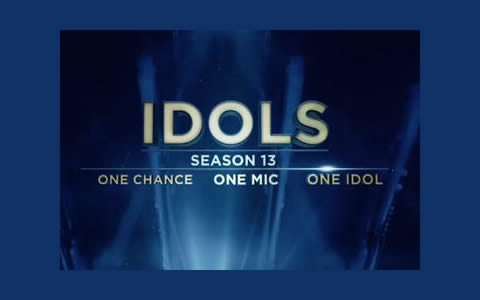 New, fresh and re-imagined, Idols SA season 13 is about to get even better.

It’s time to put your glad rags back on as Mzansi’s most loved reality singing show hits the road for an epic 13th season.

The first city to get the Idols SA magic will be Cape Town, the place that has revealed that its majestic beauty is equally matched by its incredible talent. This, after all, is the place that gave us last season’s second runner-up Tebogo Louw.

On Saturday, 14 January, the GrandWest Casino will be the place for aspiring pop stars coming to audition for their shot at fame and fortune. Will someone in the queue follow in Tebogo’s footsteps and even surpass him? Only time will tell.

The next stop will be the capital city Tshwane on Saturday, 21 January. Auditions will take place at the Pretoria State Theatre – and this place never disappoints.

The highly competitive KwaZulu-Natal will get its chance the following Saturday, 28 January, when Idols decamps at The Playhouse in Durban. Season 12 saw no less than FOUR contestants from KZN making it to the Top 10, with ultimate winner Noma Khumalo being the toast of the coastal province and her hometown of Pietermaritzburg.

Bringing the road show to an end will be Jo’burg, where the auditions will be held at Carnival City on Saturday, 04 February. If you believe in lucky charms, remember that this is the place Noma enjoyed a glitter shower after being announced the winner of Season 12.

Mzansi Magic’s Head of Reality, Sphumelele Sibeko, has promised some titillating on-site revelations as part of the revamped Idols SA.

“It’s a known fact that one of our long-time judges, Gareth Cliff, has vacated his seat. Now what everybody wants to know is: who is going to be filling that fourth seat at the judges’ table? Well, wonder no more. We have lined up an exciting array of guest judges that we are sure our viewers will be thrilled with,” she says.

Cape Town will be hosting R’nB crooner extraordinaire Donald. He will be joining the much-loved and equally feared panel of judges comprised of Randall Abrahams, Unathi Msengana and Somizi Mhlongo.

Jo’burg will be treated to the sight of the beautiful and supremely talented Kelly Khumalo on the fourth chair. Kelly is no stranger to Idols; she was a mentor as well as a duet partner last year.

“As for Durban and Pretoria, we are keeping mum on who will be guest judges there. But rest assured South Africa, the buzz and suspense will be worth it,” says Sibeko.

Entry is free and open to all South African citizens who are between 16 and 30 years old on the date of their first audition. If you want a shot at impressing the judges, remember to bring your ID document to the audition, and minors must have written consent signed by a parent or guardian.