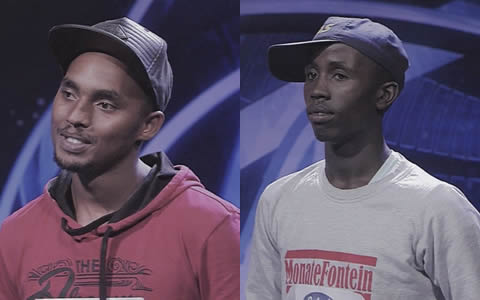 They came in their numbers and slayed! Well, most of them . . .With 15 Golden tickets awarded, Cape Town has set the ball rolling for Season 13 of Idols SA! That said, in our search for the crème de la crème we hit a few speed bumps too. From the hilarious, to the down-right mindboggling, here’s a look at some of the most epic, Wooden Mic moments from Sunday night.

Maybe Wayde didn’t put in as much time rehearsing as he should have. It might have even been the nerves. One thing’s for sure though; When he butchered the spelling of “love” and blamed it on the heat outside, Randall completely lost it! A memorable opening to the new season indeed, albeit for all the wrong reasons.

A generous dose of fierceness is a MUST for any audition but as with all things spicy, you’ve got to sprinkle just the right amount or it’s too hot to handle. The Judges felt Cresswill gave a bit too much which is precisely the reason Somizi thought he’d slay as a drag queen! Watch his full audition here and tell us if you think so too.

Lee-Roy struggled to stay in tune but for some reason, he also kept smacking himself throughout his audition. He probably knew he’d slipped up too because the first thing that came out of his mouth after Randall asked him to stop was, “I’m sorry”.“You may be sorry but not as sorry as I am”, Randall retorted. Ouch. That bad huh?

Zolani took to the stage (or maybe the floor in this instance?) in an Audition so weird we can only describe it as performance art. We’re also at pains to figure out the connection of the car to everything else. While this certainly takes the cake for one of the more odd things we’ve seen, perhaps we’re missing the point?

Have another look and help us decipher what’s really happening in the comments below.

Check out plenty more, Wooden Mic contenders here and remember that you’ll be able to decide who your fave is once we’re done with Auditions.