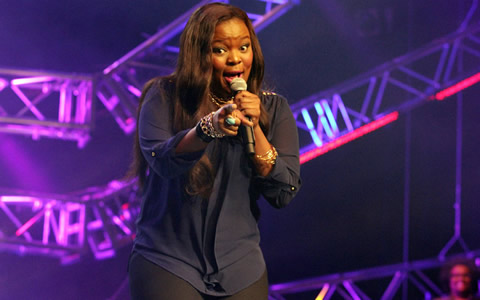 Former Idols SA runner-up Bongi Silinda has been rejected so many times that she learned to get used to it.

She said she had been told numerous times that her music was not meeting certain standards … but she continued trying to break into the big leagues of showbiz.

Silinda, who lost to Vincent Bones in 2014, seems to have hit the right note as her single Buya, featuring Soul Kulture, is a success.

She said the song is about a lover who has been left at home in the village by a partner pursuing a dream in Johannesburg.

“It is like a girl is begging her boyfriend to come back to her after he had relocated to Joburg and was now famous,” she said.

Silinda said she and Soul Kulture related to the song because they both left their homes to pursue their dreams in the big city.

The 27-year-old singer, who is from Mpumalanga, will be releasing her debut album, titled Twenty7, between August and September this year.

She said her music fuses pop, R&B and Afro-soul.

“This industry needs a strong person, otherwise you will give up,” Silinda said.

READ: 13 Reasons Why You Should Watch Idols SA Season 13

“Every time when the thought of quitting crossed my mind, I would remind myself that God must have given me the talent for a reason.

“I would tell myself that I will wait for His timing and finally I can see the light now.”