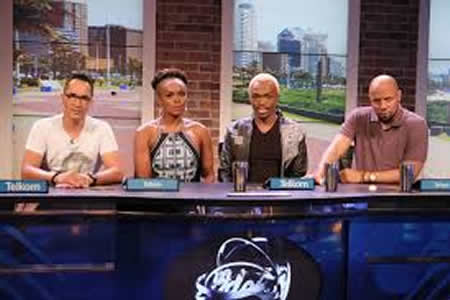 The crowning of Pietermaritzburg’s Noma Khumalo as last season’s Idol seems to have reignited the fire of competition in her home province, as Durban hopefuls came in their numbers.

More than 1500 people lined the streets around The Playhouse Company to take part in the Durban leg of the regional auditions.

Phat Joe, a skilled media personality whose radio and television career spans two decades, was enjoying having a seat at the judges’ table for the first time – and made sure to make his presence felt.

Contestants were in awe of him, with most giving him a thumbs-up while a few felt he was strict but fair. “Phat Joe was the only judge who said no; even Randall said yes!” exclaimed one Golden Ticket winner after failing to impress the media personality.

Despite the huge turnout, only 17 people impressed enough for Theatre Week, proving just how high the bar has already been set for this year. The chosen contestants themselves were an interesting mixed bag of characters – among them a doctor, student activist, future lawyer, Top 16 returnee, the unemployed and a few drama kings and queens.

If audition song choice was anything to go by, then locally brewed Afro-pop songs have taken over American R’nB, with former Idols contestant Amanda Black’s Amazulu leading the way alongside everything from popular duo Vusi Nova and Nathi.

After a long tough day of auditions, 15 people were clutching Golden Tickets and two had the life-saving Golden Discs in their hands ready to battle it out at Theatre Week.

So how did the guest judge like things from his heightened vantage point?

“It’s been a really awesome experience,” said Phat Joe, jokingly adding “The other judges tried to be mischievous when it comes to Durban, but of course I came through to save the day.”

The last big city of the regional audition tour will be Joburg, where Idols SA will decamp at Carnival City and contestants will come face-to-face with award-winning guest judge Kelly Khumalo. If you want to be part of the Idols experience, make sure you make your way there on Saturday, 05 February.

Entry is free to all South African citizens between 16 and 30 years old on the date of their first audition. Bring your ID along and minors must have written consent signed by a parent or guardian.